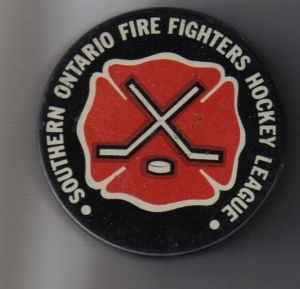 The FDNY Hockey Team won the Southern Ontario Firefighters Tournament 'A' Division last week in Toronto, Canada. The team started with a 3-0 record. The semi-final game against Oshawa ended up in OT with a 1-0 victory with the game winning goal by Joe Sanger and shutout by goalie Shawn Mullan. They defeated Brampton in the finals with a final score of 4-3 with goals by Chris Princiotta (2 goals), Anthony Antenucci and Colin Riordan. Billy Prang played well in net.
They ended up finishing undefeated (5-0) in the tournament.
This tournament has been going on for 24 years and is one of the hardest firefighter tournaments to win. There are teams from all over Canada and sometimes the U.S. and Europe that play, as well as some former D-1 college and professional players. This is the second time in 3 years that the FDNY has won the 'A' Division.