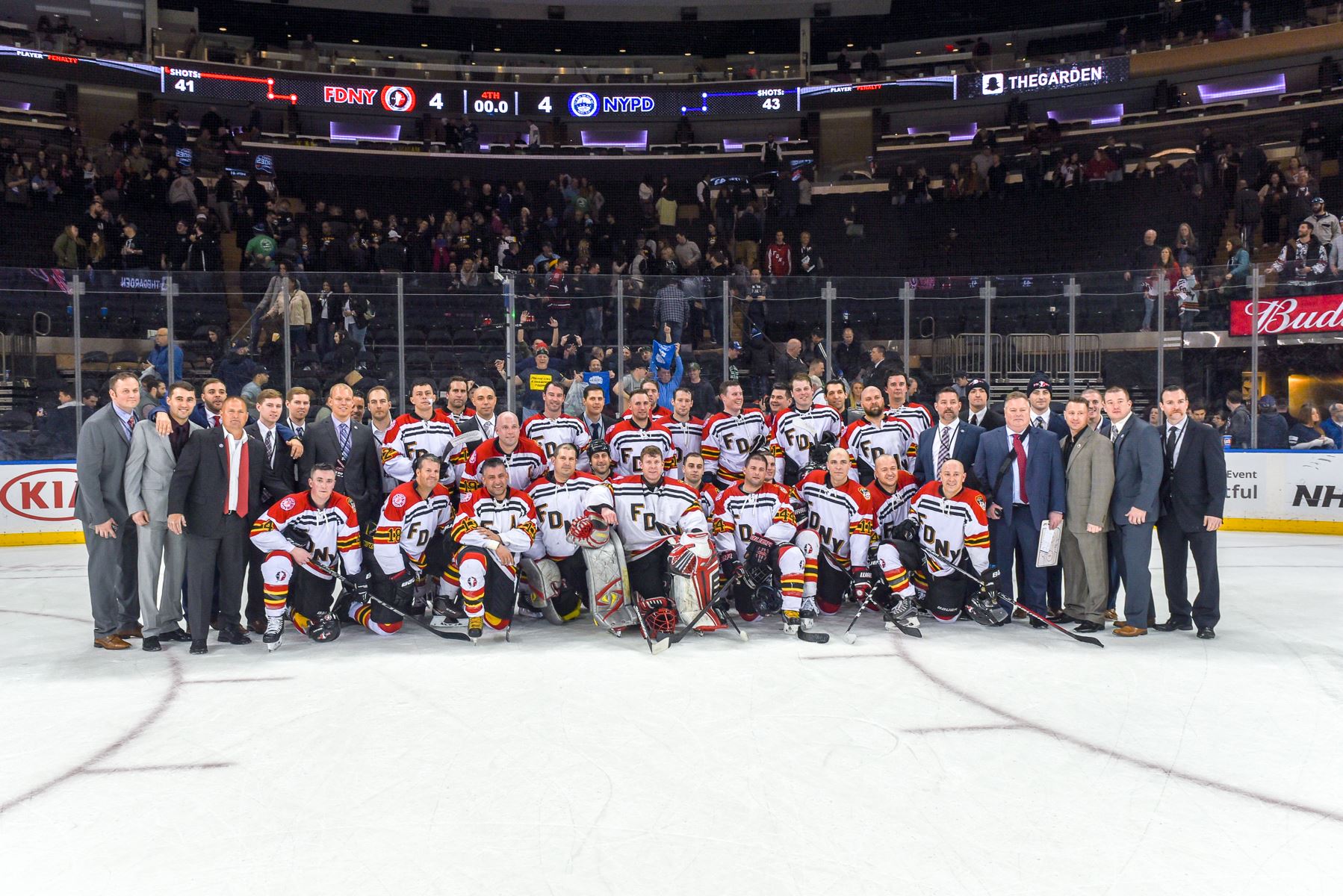 The 46th Annual FDNY-NYPD Charity Game took place on Saturday, March 30th at Madison Square Garden to a sold out crowd of over 18,000 fans for the third time in four years. New York’s Bravest were wearing white while New York’s Finest wore blue. In a locker room presentation, the FDNY team presented the family of Michael Davidson E-69, who lost his life at a fire last year, with a check for $10,000. The on ice pre-game ceremony included the FDNY and NYPD Ceremonial Units, Pipes and Drums, Dignitaries, a ceremonial puck drop with the Davidson family and a moment of silence for all those we have lost on the last year from Line of Duty Deaths as well as 9/11 Related Illness. Municipal Credit Union and Ford made check presentations to both teams as well. Hooters was the official game sponsor.

Puck dropped at 11:55am and it was a close first period with neither team scoring. Anthony Antenucci opening the scoring for the FDNY at the 5 minute mark of the second period, on assists from Derek Kern and Joe Sanger. A little over 2 minutes later the NYPD tied it up with a goal from Lopes. (Assists - McAleer/Morales) NYPD took a 2-1 lead on a goal from Antonik with an assist from Hurley and Charlie Venticinque.   NY’s Finest had a power play and was Ragone was able to score off an assist from McCreery.

Derek Kern (Assist - Thomas Esposito) score just 12 seconds into the third period to bring the FDNY to within one goal. Jim Becker ended up tying the game at 3-3 with a backhand shot up over the goalie. At 14:59, Anthony Antenucci scored his second of the game off a pass from John Sullivan to take the first Bravest lead of the day. Less than a minute later NYPD Antonitis scored to take away the FDNY lead and tie up the game at 4-4. The game ended regulation tied and ended up doing a 5 on 5 overtime for 5 minutes. A couple close calls but the game ran out of time and the two teams had to settle for a time. 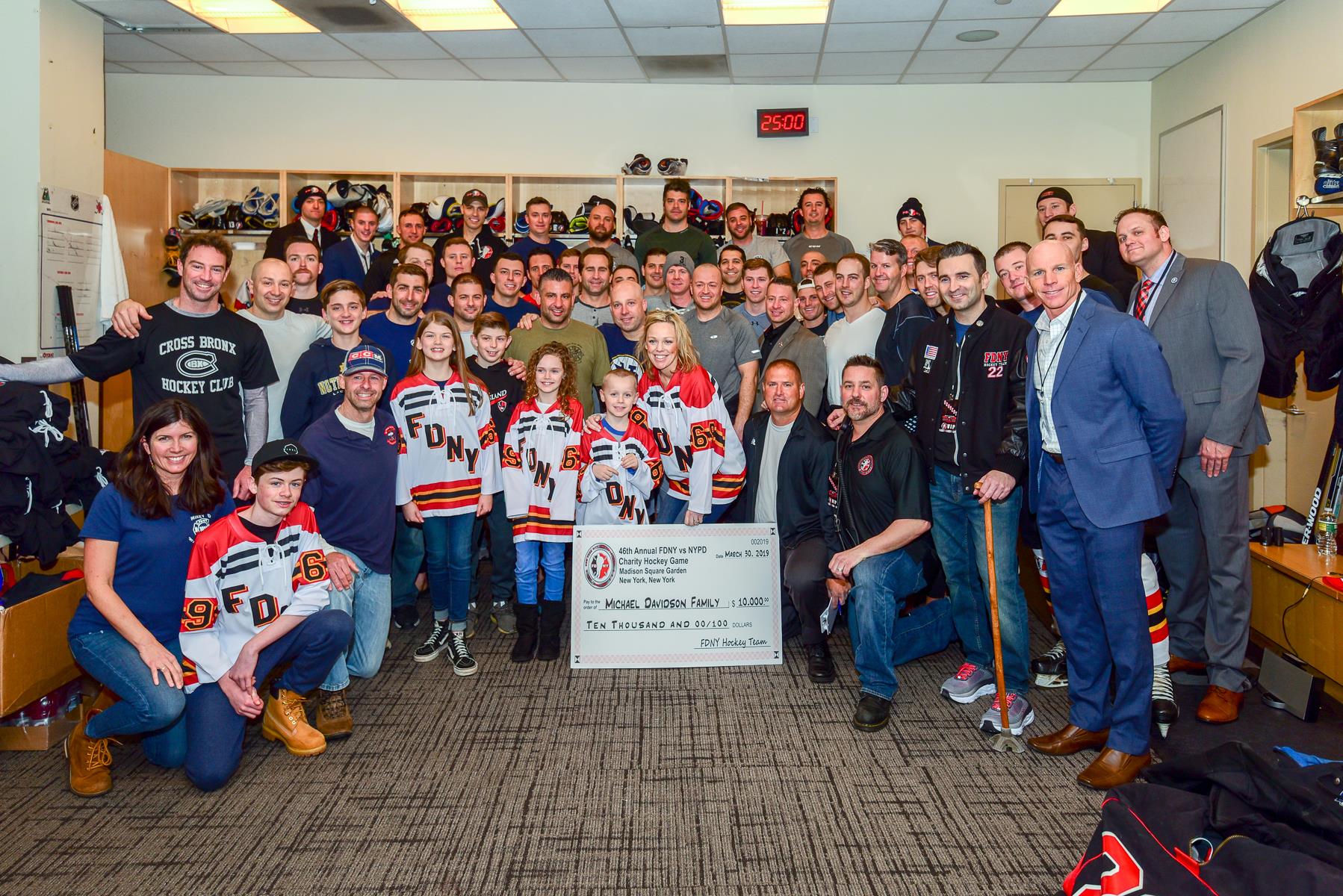